The Moral High Ground is the musical project of North-East London based creative musician and songwriter Danny Smartt, after relocating to London from his hometown of Holywood, Belfast.

Smartt was initially inspired by the band Dinosaur Pile-Up growing up as a teenager, citing their first album as the blueprint to what would become the fuel behind The Moral High Ground. After becoming a brief member in London bands Honey Lung and Qlowski, alongside the current guitar player for Alien Tango, Smartt assembled the live band together to translate The Moral High Ground's signature voice; marrying simple pop songs to anthemic muscular alt-rock riffs, off-beat, jazz influenced characteristics and melancholic expression.

To date, the band released two online demos, a music video, cassette tape and a recent self-released single at the start of February 2022 before joining the Glasshouse roster. 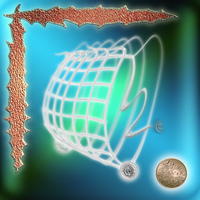